In 2014 I made 20 different cheesecakes, 2015 I made 20 different cookies and in 2016 I decided that 20 was a tad much so I decided to do 14 cupcakes/muffins. And I did. It was quite a journey. I made about a quarter of them in January and the last 4 batches on 31st of December. Quite nicely balanced, right? No? Oh well. Unfortunately I often leave things for the last minute which is something I’m going to try and tackle this year. We’ll see how that goes. Anyway, the biggest hits were definitely the breakfast muffins with chorizo, bacon, cheddar etc, closely followed by red velvet + buttercream cupcakes and salted caramel + vanilla frosting ones. Let me know in the comments if you’d like the recipes for any of them and I’ll try to dig them out. 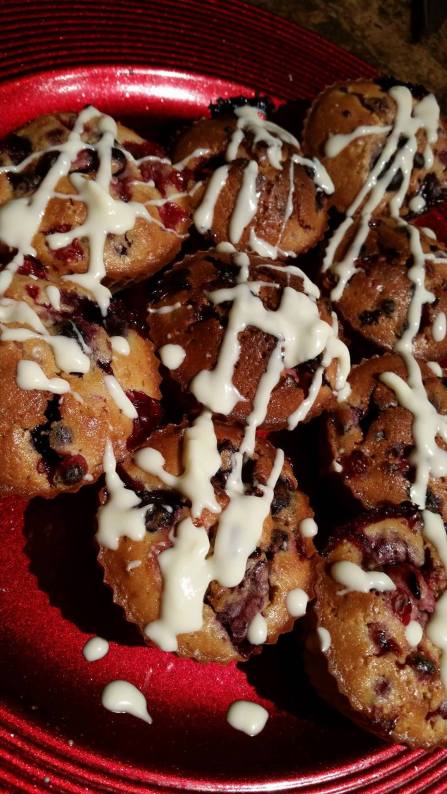 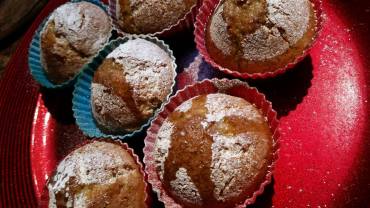 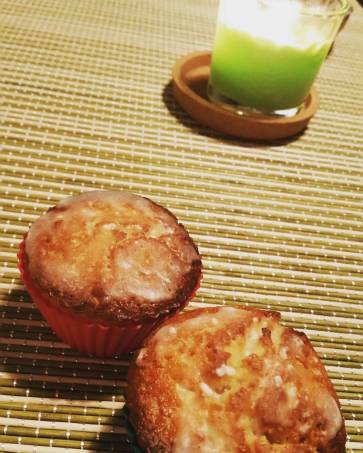 You probably noticed I changed it a bit. I decided that I’ve had enough of baking for a while so I’ll make something else instead. And for that something else I chose soups. I’m going to be making 12 different soups this year. Quite a change from all the baked goodies, but I like change and trying new things. Plus soups are quite good for you, so there you go. I’d love it if you joined in with me on this one and shared your results with me. I’ll try to post as many recipes of my challenge as I can.

Last year I set my goal to read 30 books which I finished a few days ago. I think I enjoyed this challenge the most as I absolutely love reading. I’ve always been a bookworm and proud of it. I’ll leave a list of all the books I read this year below and I’ll include links to their Goodread pages as well.

My favourite new discoveries were definitely Joe Abercrombie with his First Law books and Zoe Sugg with her Girl Online series. I just realised my two favourites are as different from each other as they could be. Pretty much complete opposites. Another book I really enjoyed was Me Before You by Jojo Moyes, it was so emotional and I loved everything about it. I also really liked the last book I read in 2016 – Frozen Charlotte by Alex Bell. It was very different from my other books as it was soooooooo spooky but I just couldn’t put it down. I started reading it one night and finished it the next morning. 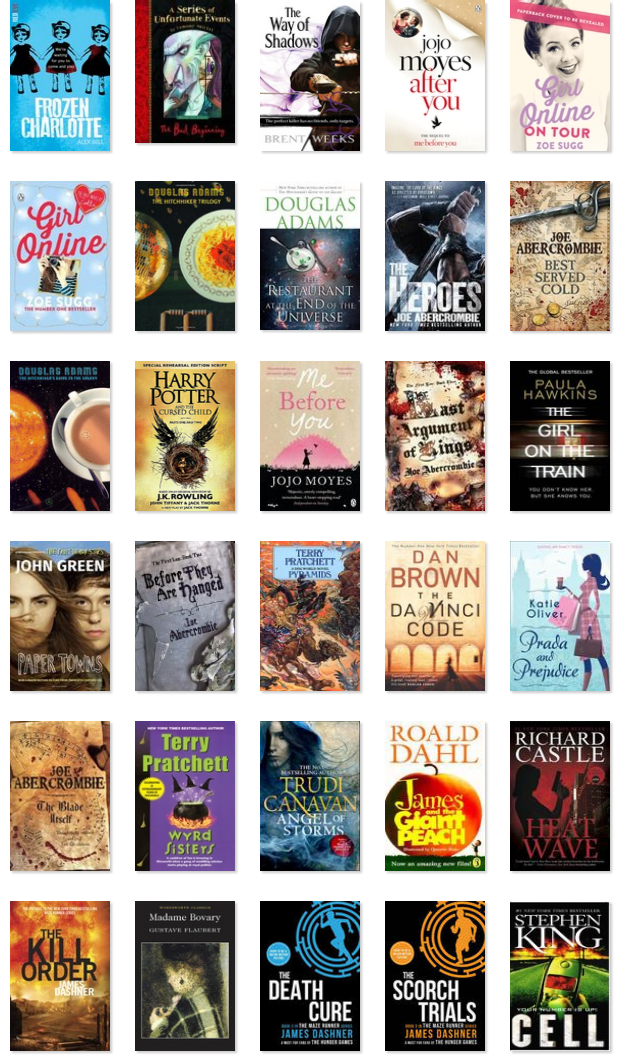 This year I’m also aiming to read 30 books. I think it’s a good amount as I can read some easier ones, like young adult books which I like and mix them with a bit harder to read ones. I got a lot of books for Xmas (thank you everyone!) so I’ve already got my reading pile ready, just waiting for me to begin. If you’d like to join me, check out the Goodreads reading challenge page on their website here: https://www.goodreads.com/ (and add me as a friend whilst you’re there!)

I did actually also set myself a crafts challenge last year and I will do one this year as well, but I’ll make a separate post about that another time, as I gave a lot of my crafted items away as Xmas presents and forgot to take pictures of them before doing that (very silly of me, I know), so I’m going to have to track them down now.

In any case, I hope my post has perhaps encouraged you to take on some challenges of your own this year to explore new territories and experience new things. If it has I’d love it if you shared it with me 🙂 I’ll leave you with a quote that I like and that has helped me along the way.

“The worst enemy to creativity is self-doubt.” ― Sylvia Plath

An evening walk
My first blog post in a forever and a half. Trying to decide whether to make this into a challenge for 2022 or not 🤔 (giastark.co.uk for the post)
First few days of the Estonian snow magic ❄️
I really miss snow but I guess the occasional frost will do for time being ❄️
Bought a new plant for my desk at work 🥰🌲
I'm helping, right? 🧩
Follow Everything's a story. on WordPress.com

© Gia Stark and giastark.co.uk, 2017-2021. Unauthorised use and/or duplication of this material without express and written permission from this site’s author and/or owner is strictly prohibited. Excerpts and links may be used, provided that full and clear credit is given to Gia Stark and giastark.co.uk with appropriate and specific direction to the original content.