I don’t even know where to begin with this. Or where I’m going with it. I also can’t tell you how it’s going to end. I see great things ahead with this kind of going!

Ok, so, I’ll try to make some sense of this. I like routine, having to-do lists to complete, certain patterns to follow. When some or any of these kind of components are removed from my life I’m immediately thrown off balance and lose my ability to function. It’s rather pathetic in bigger picture, but if something stops me from doing my thing when I’m supposed to be doing said thing, I just feel like I’d much rather go take a nap… I mean, a horizontal life break.

I won’t be able to cope again until my head feels like order has been restored and everything’s gone back to normal. Now, that’s one of the key points for dealing with this, I believe. What is ‘normal’? My brain – the least normal thing I’ve ever encountered (can you ‘encounter’ your brain for that matter?) – could probably give you the exact definition of what it thinks it means. However, that’s the catch – it changes all the time. And I almost never get the memo!

So one day it could be a normal part of my routine to spend the entire evening crocheting whereas the next day crocheting could feel like an absolute waste of time and make me feel miserable as I’m not ‘doing anything’.

Dear mind, if you’re reading this, then please let me know what I can do to please you so I wouldn’t have to faceplant the bed whilst wailing in misery about the unjust ways of the world. It’d be much appreciated, thanks. 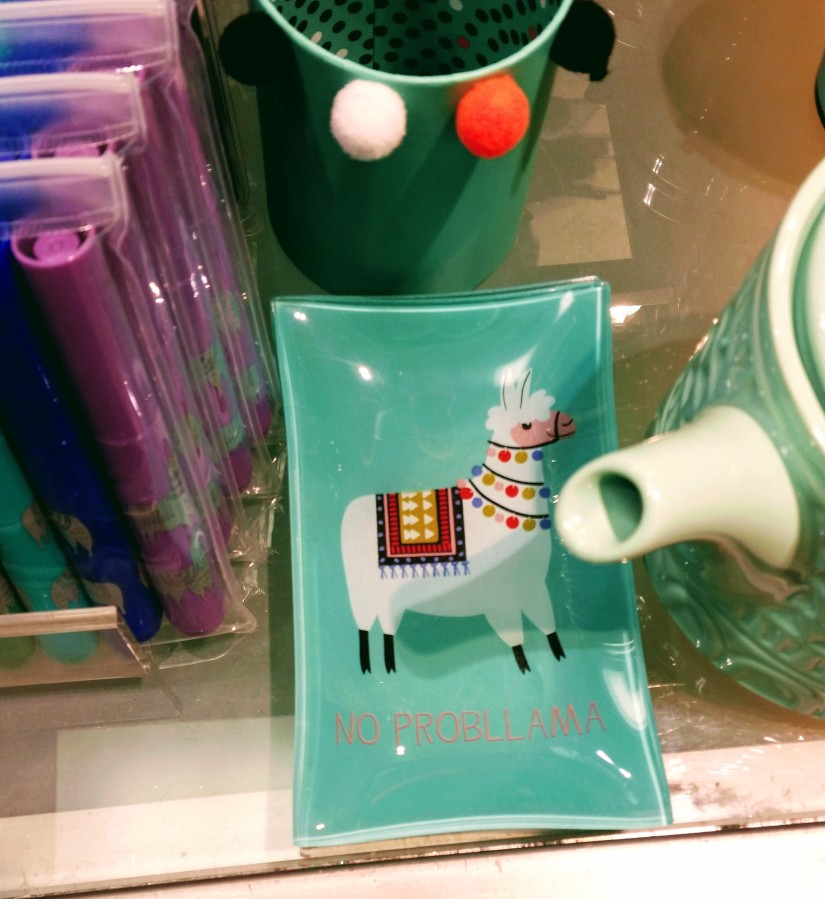 This was my rant about how I clearly have some issues I need to work on. I still love my to-do lists though. Can’t do anything about that.

(The items on my photo are from… Paperchase, I think. So if you’d like something that says ‘No probllama’, which is clearly amazing, that’s where you can get it from. Unless they’ve all sold out by now. Which they probably have, considering it says ‘No probllama’ on them. I mean, I don’t even know what this thing is and I want it. I’ll stop now.)

2 thoughts on “My mind is a fabulous(ly stupid) thing”

© Gia Stark and giastark.co.uk, 2017-2020. Unauthorised use and/or duplication of this material without express and written permission from this site’s author and/or owner is strictly prohibited. Excerpts and links may be used, provided that full and clear credit is given to Gia Stark and giastark.co.uk with appropriate and specific direction to the original content.